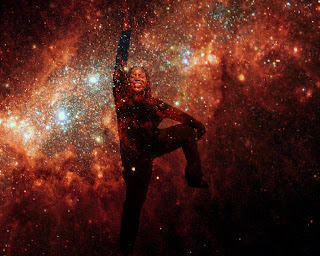 
Okay, I will keep this short; not just because I have an early flight, nor because I just got home a few hours ago after going to a concert in Charleston, SC. I’m keeping it short because I’m already in tears from just the thought of what this day will bring forth.
I’m on my way to my hometown of Wilmington, Delaware. I’ll be at a fund raiser for a foundation named after my High School music teacher, Leander Morris.
Mr. Morris was one of those folks who was a gift to everyone who met him; to me, he provided a way out.
He taught me to believe in myself and in the gifts and abilities I possessed. He taught me and my peers to develop our talents and to always be prepared.
“Someone is always waiting in the wings,” he’d say. If we were late to a rehearsal, he’d give us one and only one warning.
“You must not understand that someone is waiting in the wings. They may be better than you, they may not, but they are there waiting for you to pass up the opportunity that life has given you.”
Mr. Morris would take me around to every talent show in the city that had a scholarship prize attached to it. I had to sing “If You Believe,” from the Broadway play the Wiz.
If I asked to sing something else, Mr. Morris would tell me to sing “If you Believe” and to make sure that I wore the same old dress and run over shoes that I had been wearing.
I must have cast a rather pitiful looking part; one that Mr. Morris knew would help my cause.
I always won, because even though I looked like Orphan Annie, I sounded like Dee Dee Bridgewater.
Every time I sang the song, my confidence rose.
“Believe that you can go there, believe that you can float on air and know from the moment you try, that if you believe ; you can go there…”
The night before Mr. Morris died, I had gone home for an evening  of music in his honor. The next morning, Mr. Morris called and told me that he was proud of me and that he’d always be watching out. Ten minutes after that call, he passed away.
My belief suspended far enough to know that he kept his word and last night as I listened to the music of Keb Mo, and then drove home half asleep; when I got up two hours after going to bed and as I get ready to fly out; I believe that Mr. Morris is watching and believing in me.
So much for short.