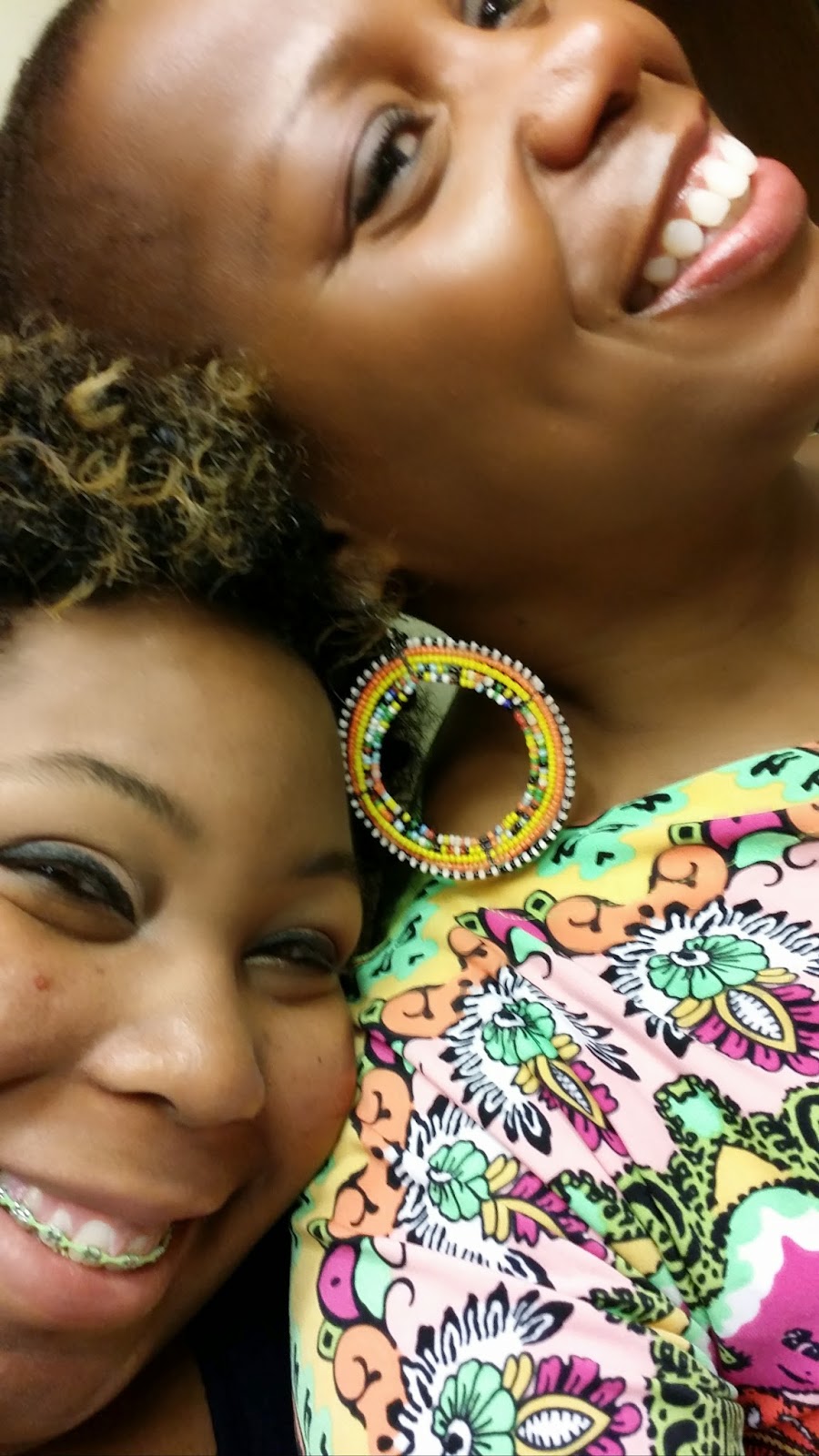 
This past weekend, I decided to make a pound cake. The recipe is easy, but the actual making of the cake is all in the  combination of hard work and love.


I grew up under the tutelage of older women who could get their cook on. As they would say, “They could really burn.” No one used mixers or fancy kitchen aid devices. They used a wooden spoon, a spatula a good mixing bowl and a lot of love.


These women would prep their Sunday meals before church, then leave right after the offering to get home in time to finish the meal so the food would be hot and on the table when everyone arrived.


I learned from some of the best, while my daughter has the internet and all the electrical appliances that 21 years of Christmas and birthdays could get her.


When I decided to make the pound cake, she went online and found a recipe that she said I must use. Then she pulled out her fancy KitchenAid mixer and taught me how to use it.


At first I laughed at her and told her that I wouldn’t be caught dead using the thing. I said that I was a real cook and that my recipe was in my head and my arms and heart would do all of the mixing.


I told her about Ms. Nellie Boykins in Ohio and how her pound cake was a gift from God. I talked about Ms. Salura’s macaroni and cheese and Nan Nan’s smothered chicken and strawberry cobbler.


My daughter smiled at me and plugged in the mixer.


Reluctantly I did as I was told and using her internet recipe I mixed a batter that would have made all my teachers smile. I told my daughter that it didn’t feel right because my arms were not tired and she told me that she could still taste the love.


My daughter set the timer on the oven (something I’ve never used) and I told her that I didn’t need it; I would smell when it was done. She laughed, set the timer and went back to her computer screen.


When I smelled perfection, I walked towards the oven and just as I reached the door, the timer went off. 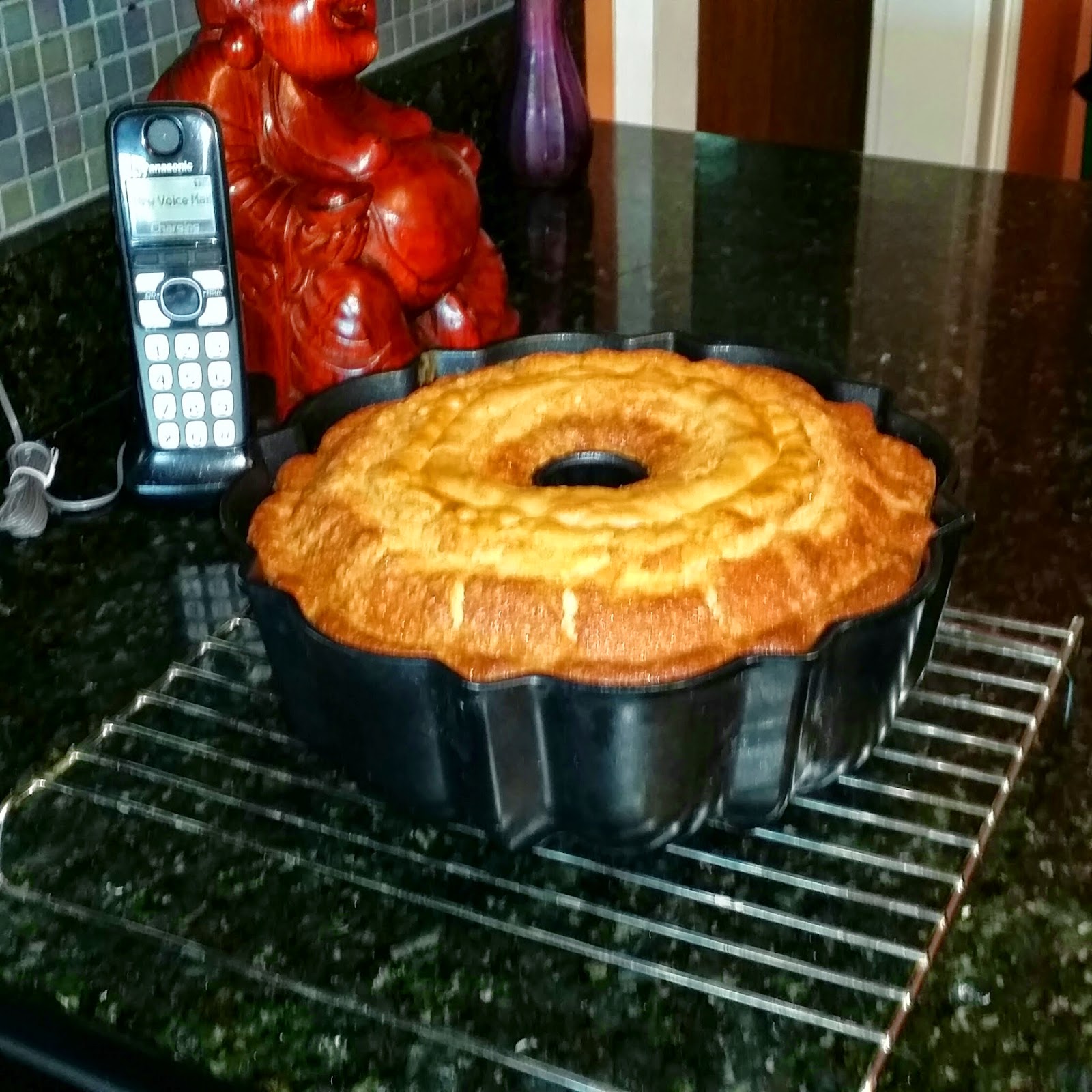 
The new school could never replace the old school, but together they would be unstoppable.


The cake was divine. My daughter said it tasted like an angel food cake and pound cake got together and had a baby.


This week and every week that follows take something from the old school, combine it with the new and evolve.


Be you, be learning, be loving. 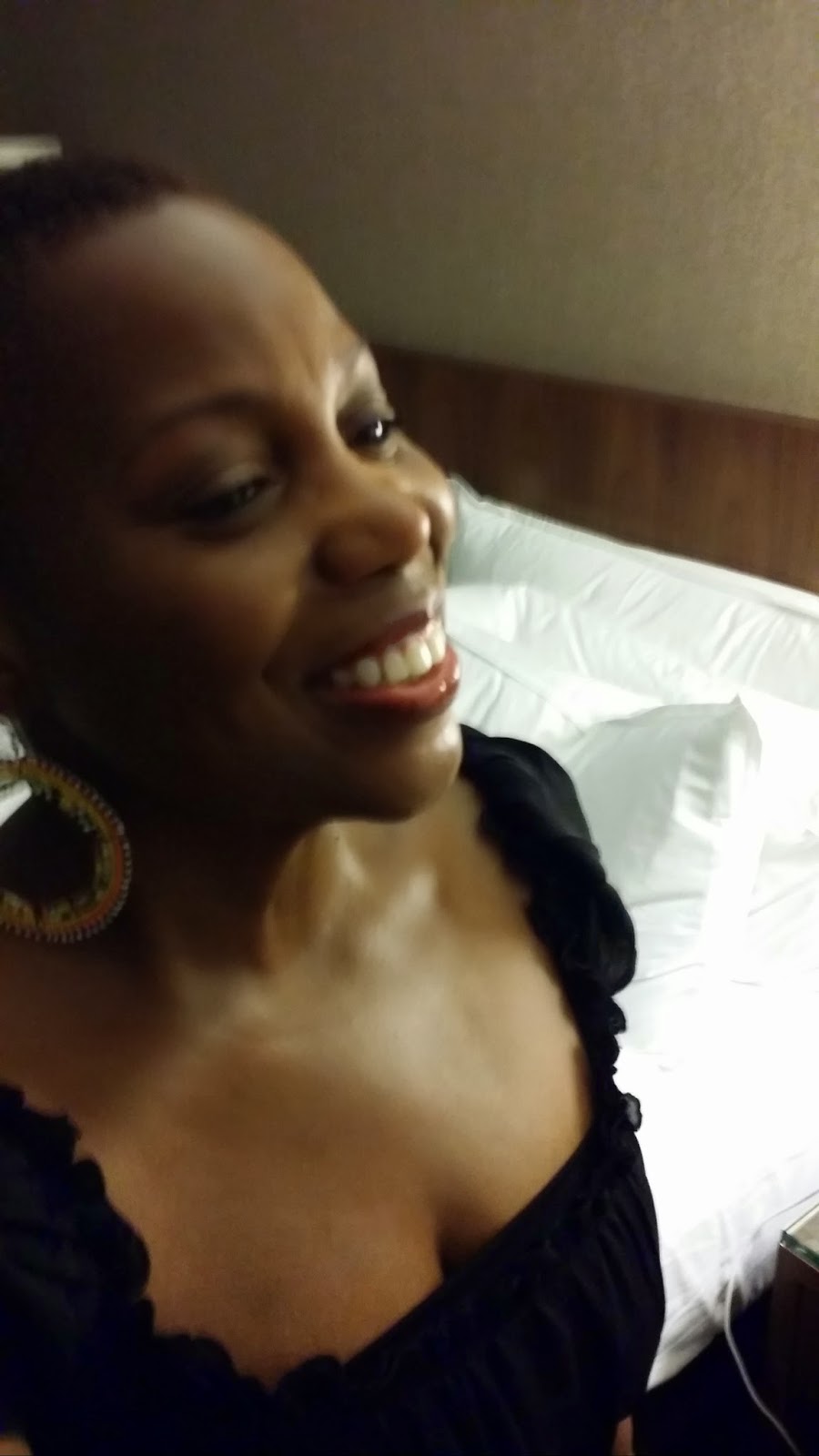 
Next to the phrase, “I love you,” I think “I did it” has to be the second most magical three word phrase in the Universe.


This weekend, I had the chance to experience the graduation at Colorado Technical University, where 850 adult learners earned degrees ranging from Associates to Doctoral degrees. http://www.coloradotech.edu


The graduates ranged in age from 17 to 79. As they walked across the stage to receive their hard earned degrees, I felt a small shift in the balance of power.


There were active military, vets and wounded warriors. There were women so pregnant that they could barely make it across the stage. Graduates were wheeled on and escorted. There were husbands and wives and fathers and sons. Folks had come from every state and from countries from all around the world. They were one of the most diverse groups I’d ever seen and yet they all had this in common; all were willing to put in the hours to be able to say, “I did it.”
They were willing to change the story in their head from “I can’t” to “I can.”


At some time in our lives, we’ve all been told that we can’t, but you can.


Surround yourself with positive thoughts, people and ideas.


Be prepared (preparation beats will power)


Do this daily with anything you want to see happen and when it does, say "I did it" and pass it on.


Bertice Berry, PhD.
Order A Year to Wellness and DO IT

Get Up and Dance 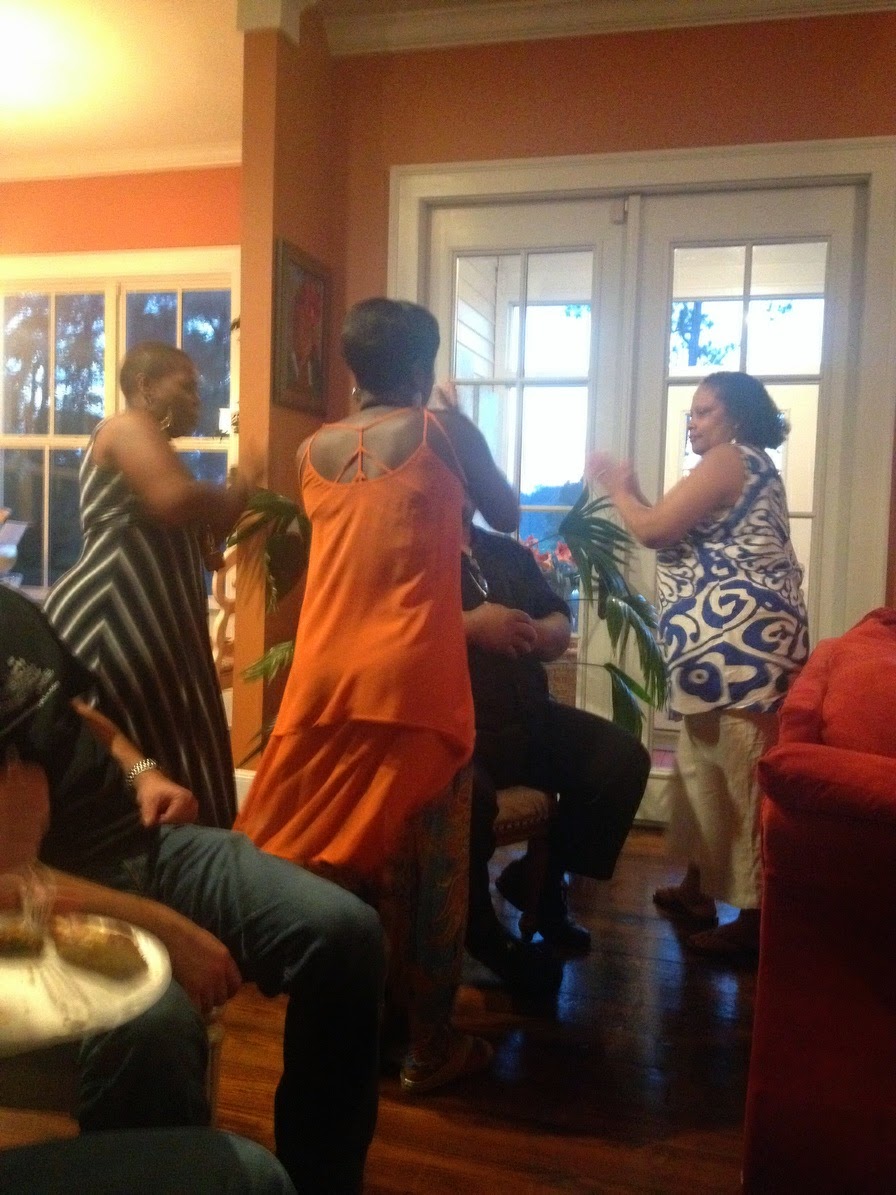 Get Up and Dance


I mean it. Right now, right where you are, get up and dance.


When you move, you will smile.


When you smile, you will laugh.


When you laugh, you will feel better.


When you feel better, you glow.


When you glow, you illuminate a pathway for others to follow. 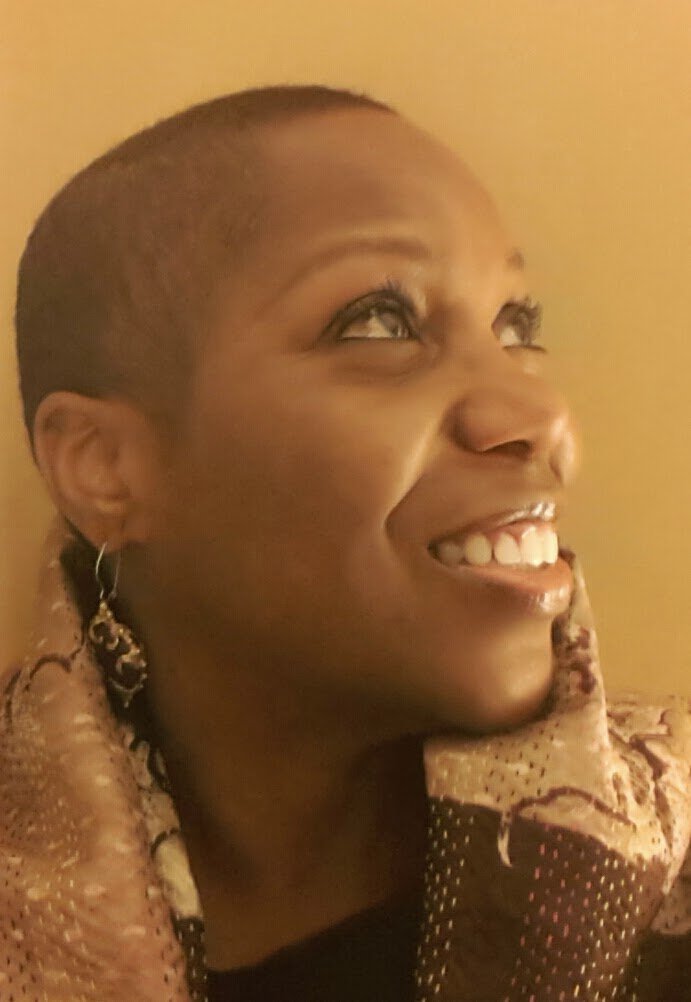 
This weekend was a world wind, and everything but a blur.


Earlier in the week, I spoke with my sister/friend Dr. Barbara King.


Dr. B is a pastor and leader in the New Thought movement and she's also a very long time friend of Dr. Maya Angelou.


When Dr. Angelou made her transition, as the old folks, Dr. B. felt it hard. She and Maya had spent many a nights and mornings, and days together dealing with life and the struggles thereof. They were mates; girlfriends, hanging buddies and cohorts. Together, they could talk about the things that only women their age understood and even knew.


Every Thanksgiving, Dr. Angelou would hold a big gathering at her estate where family and friends would connect. Dr. B often invited me to join her for the trip, but I’d refuse. I’m awkward with new folks and whenever Dr. Angelou was in the room, I felt as if my new shoes were run over.


Dr. Angelou never made me feel that way. I did it on my own. She only encouraged me and told me that she thought I was brilliant and talented, while all I could do was look at my shoes.


Dr. B. had seen so many dear friends leave and I could hear the burden of loneliness. Dr. B. is one of the last of a line of women who were made from the stuff that made my mother strong and proud. I asked her what I could do and she said, “Come to Hillside.”


So Jeanine, my manager and sister/friend got in the car, sang, and listened to a book on tape as we drove from Savannah to Atlanta through a huge storm.


When we arrived, we realized that we had sang the same song the whole way.


The next morning, I spoke at the Hillside service as my sister, Dr. B had requested. We hugged laughed and danced, and then Jeanine and I got back in the car and sang some more. This time the Beetles, LOVE song was sang and twisted into every variation John Lennon had never imagined and then we were back home.


When we arrived, my daughter had stepped into my place and had cooked for our Sunday gathering of folks who come to have dinner and watch a documentary. 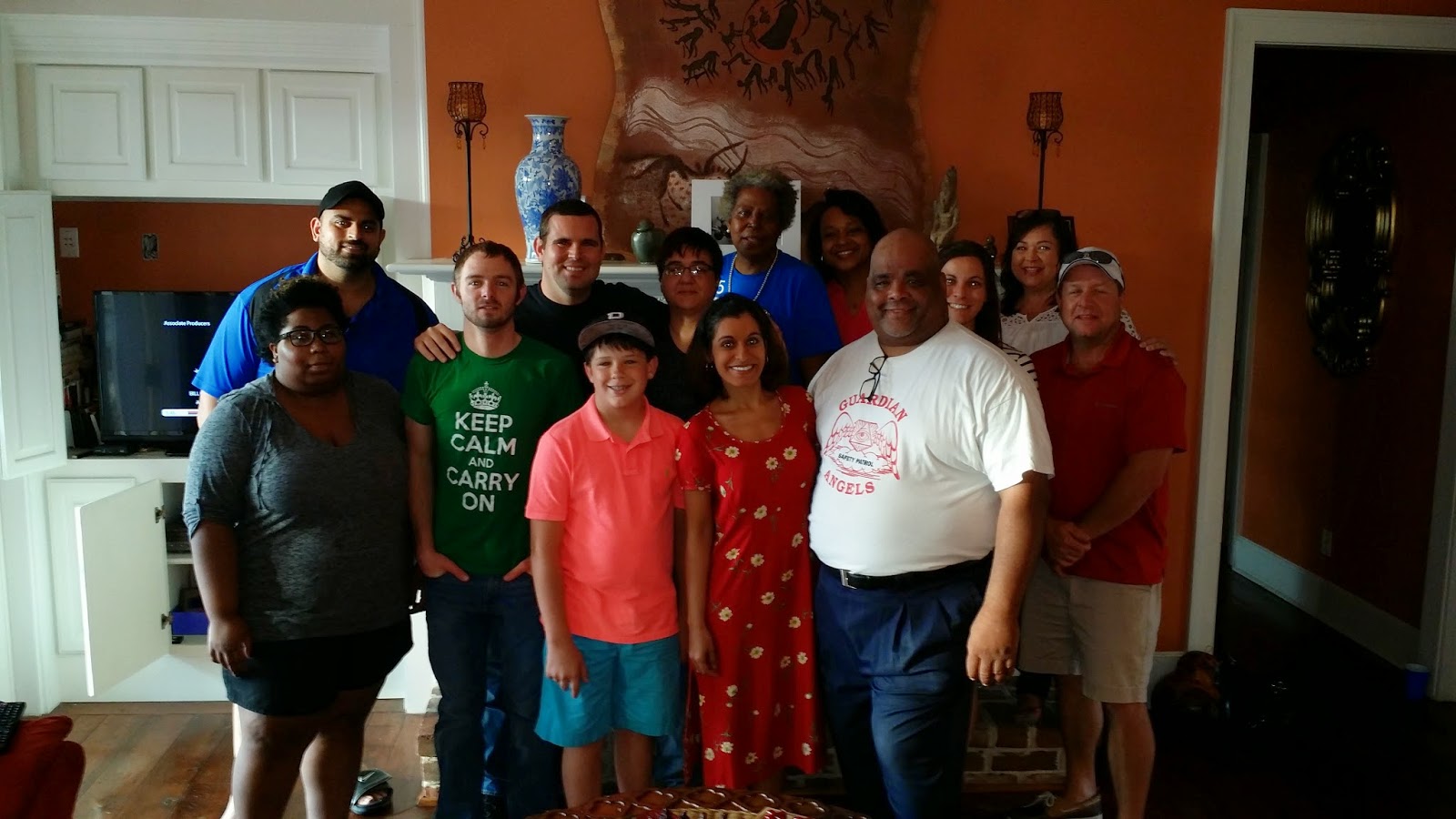 In a weekend, I know this, that when we feel loss, lonely or lacking; when we cry out to God, we need to come together. We need to touch and see and connect. Somebody in your line has to step up and provide the space and meal. Someone has to get up from their own home and get to that of another. We have to come out of the pain of the moment we are in to be with one another. For as John Lennon and Maya and my mother and so many before them said, Love is all you need.


Be you, be well, be connected.