Standing up to Injustice 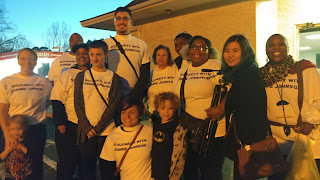 Standing Up to Injustice

Just two days ago, I was stunned when someone shared a video of a local Council Woman being up-skirted by fellow councilmen.

Hold on because this is going to make you mad, but take heart because it gets much better.

Councilwoman Debbie Johnson of Port Wentworth, Georgia is a beautiful and courageous woman. She does her job with dignity and pride. Everyone loves her and folks who are not even in her district seek her counsel.

The men who serve with her decided that enough was enough so when she wasn't looking they took pictures UP HER SKIRT and then passed them around at a local restaurant during happy hour and even posted them on line.

For months Councilwoman Johnson was attending meetings with these same men; the ones who were smiling in her face and laughing behind her back.

When one man was sent the picture, he stood up and reported the behavior, but nothing was done.

If you go to Youtube and search for Debbie Johnson, Port Wentworth, you will see the actual interrogation video of council members and the mayor laughing and saying,
"She must have wanted us to take the picture, she didn't have on no underwear," and "I think that's how she must get off."

What was done to her was despicable, but it got worse; Councilwoman Johnson was accused of harassing the men.

When we spoke to Debbie, she said that her self-esteem was destroyed.

My daughter Fatima, my sisters Erika Harnett, Kelly Stelle, Linda Wilder Bryan and a group of friends and folks from our local Pant Suit Nation watched this in tears and outrage and decided something needed to be done.

We started on line with a private group called Solidarity with Debbie Johnson to discuss what we should do and quickly determined that we needed to let her know that she was not alone.

We are all busy with preparing for Washington and someone said it was inconvenient, that maybe we should wait until we got back.

Someone else---maybe it was me, said "This crap ain't convenient for her, but she keeps doing her job. So everyone stopped what they were doing and said, "Okay, what do I need to do, I'm there."

We met with her that same day---y'all, we tracked her down-- and greeted her with a bouquet of roses and other gifts.

We told her that we were proud of her and grateful for her courage in the face of such indignity.

Councilwoman Johnson melted in our arms. She cried and said she'd felt so alone.
She'd been harassed and humiliated and she said "They wanted to take my power away and they knew how to hurt me."

She said she'd been body shamed, called every fat and ugly name you could imagine and she had to continue to face these people who were allowed to get off because up-skirting wasn't illegal here.

The men had claimed that she wasn't wearing underwear. So when Debbie said, of course she was the prosecutor, a woman, told her nothing could be done because she was wearing them.
NO, I'm not making this up.

We got on the phone with our Atlanta sisters to see what could be done.
They researched and worked and long story short we got action.
We all met for a catered meal, met with Debbie and were interviewed by our local press---y'all know we called them. Then we discussed what we'd do that night at the city council meeting.

Fifty of us showed up in matching Solidarity with Debbie Johnson shirts---made overnight, and greeted everyone kindly. When it was time for the pledge of allegiance, the mayor thought we might remain seated so he looked directly at us and informed us that we would need to stand.

We did and yelled out the words with pride reminding them that we wanted JUSTICE FOR ALL.

Several local residents and even a fellow council member spoke insisting that the mayor resign. He said he would not and named names of those who supported him in other districts. One of the speakers informed him that she'd be going after them also.

Then a councilman spoke and said that he knew how she felt. He said that the civil war was fought simply because people couldn't get along and that as an African American man, he knew that if it had been a white woman and black men, those black men would be under the jail. Then he told her to move on and be happy.

When the meeting was over, the mayor took off and everyone surrounded Councilwoman Johnson and applauded her. Her birthday is this weekend, so we sang "Happy Birthday," as well.

She cried, but this time, the tears were tears of joy.

Together, we cried, we laughed, we ate, we acted and together we changed hearts and minds. Local residents came up to us and thanked us for standing with Debbie and for being so joyful. They thanked us for encouraging her.

As Debbie got in a crowed vehicle for a week long conference with these same men in Atlanta we told her not to fear, because another group of friends would greet her up there.

She laughed and said, "I love y'all."

What was done to her was horrible, but she is not alone and neither are you.

Stand strong, we are connected.


BE you, be well, be knowing that you are loved.

Back to the Beginning

I’m back in the town where I grew up; not my hometown of Wilmington, Delaware. That’s where I was born; but I grew up; came of age, became the “me” that I’m still becoming in Jacksonville, Florida.

I came to JU with a prayer and determination.

Jacksonville University was an alignment of the stars. My teacher’s friend applied for me and the school accepted me even though I could not pay. Someone in the music department knew a rich dude who was looking for a student like me.

So, off to college I went. I knew no one and with the exception of choir trips, had not been away from home.

I was greeted by other JU students who introduced me to more. Then I got the magic; I was invited to think critically about everything.

I worked hard and kept dreaming, but this new world with little money was tough, so my senator from Delaware stepped in.

He called every day for two weeks to let me know that he was proud of me and that he would help my family if I stayed focused on my dream.

Senator Biden came through and I kept going.

I worked hard and harder and graduated with honors; when no one from my family could afford to show up, the entire cleaning and cafeteria staff came to “Represent.”

My world is big because my village is big-hearted.

Being here in this place where I got the notion to have a notion, I am moved, encouraged, uplifted and ready to be the change that enabled me to change. 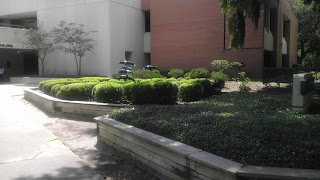 Be you, be well, be changing.
Bertice Berry, PhD.