Earlier this week, I got myself ready to go to cook and serve food to people who are hungry. I was surprised to be met by my girls, who had told me they “might” be able to go with me. 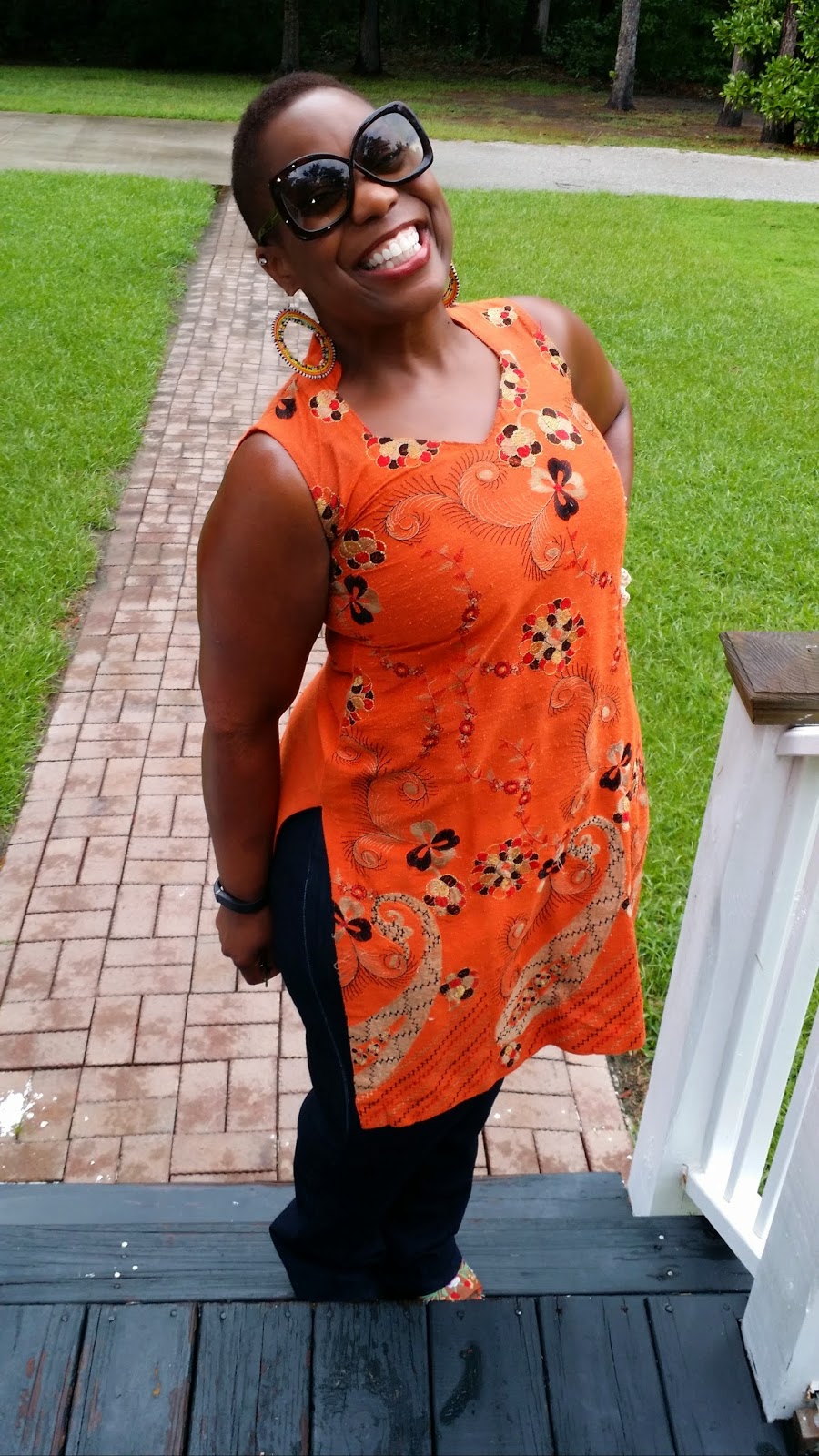 In my mind I had prepared a speech to shame them into getting ready. I had planned to tell them that they didn’t need to worry about being hungry and could get up any time they wanted to, but those who came to Emmaus House had to rely upon the kindness of kind folks.


My shame speech was not necessary and I wondered why I had prepared myself to be let down, instead of looking forward to the joy of what had actually occurred.


We rode and chatted about things that only the young can comprehend. I nodded as if I did whilst in my mind I thought of how good it felt to not be going alone.


We arrived at 7:15 and although breakfast is not served until 8:30, there was already a line.


Now, when I go to Emmaus House, I go to work, so dress for the occasion. Apparently, I did my job too well.


As we walked up to the door, one of our customers stood up to inform me about the proper way to stand in line.


“Listen to what I’m telling you,”  he said. “There ain’t no shame in this line. Cause there ain’t nothing to be ashamed of.


Don’t you feel no shame at all, all you need to have in your heart is love.”


I could not move. A part of me wanted to stand in the line to fully receive the experience, but a bigger part, the part still attached to the concerns of the world wanted to explain that I would be preparing food, not eating it.


Then I thought of what the man had said; “There is no shame.”


I let go of every other thought and absorbed the joy of his comment.


Every day, we get to choose love or shame.

It's Not Too Late 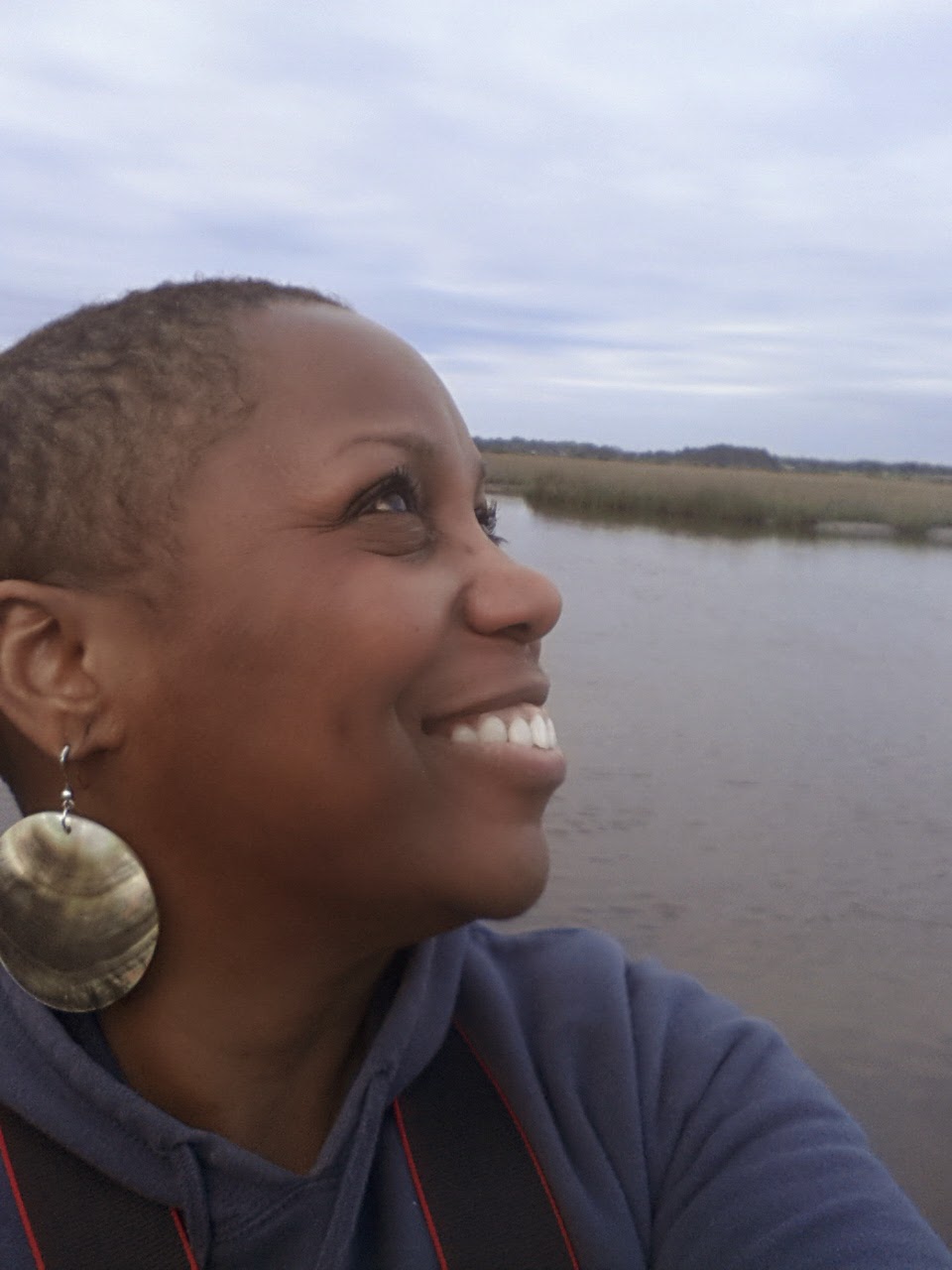 The Gateway to Success


My child, these are not the things that you were made for


My child, you were never meant to face calamity


My desire for you, is that you would be free


It’s not too late to find, the door that leads to life


It’s not too late to turn from your calamity


It’s not too late oh no my child.

I wrote the words to this song about 15 years ago. I had just exited the building of a juvenile prison. It was New Year’s Eve and I had been a volunteer for both a young adult facility and a maximum adult prison.


I was there to lend support for an education program that some had declared a waste of time.


The song came to me clearly and fully in words and tune. I remember the tears streaming down my face as I sang words which sometimes come back to me as my own reminder.


Too often, we are too quick to write off troubled young folks as “broken,” “useless,” or “finished.”


It’s never too late for a child or an adult to turn their lives around.


A few months ago, I worked with an amazing group of people who do amazing work.


The folks at Gateway to College identify and assist young people who may have dropped out, been put out, or are in danger of doing so. http://www.gatewaytocollege.org/about.asp


They not only help these students complete a high school education, but they also a help them get to and through college. Their method of success is remarkable.


We know that education is critical and yet, too often we are willing to give up on our young folks when they have made the wrong choices or have been influenced by others who made them for them.


Education saved my life. It was the key that unlocked the door to a pathway that has helped illuminate a pathway for others.


I was moved by the work of the folks at Gateway because I knew that for every path they illuminated, many, many doors are opened for many, many others.


True brilliance does not come from an easy life; it comes from an educated struggle.


It’s not too late to turn from your calamity


Be you, be well, be reminded.

Are You For Real?


I could write an entire series on the folks at John C. Lincoln North Mountain Hospital in Phoenix Arizona. (More to come on that later.)


They are authentic, real and empowered to do whatever it takes to make their patients whole.


Their teamwork, family-like existence and true love and concern for what they do and one another is unparalleled, but what touches me right where I live is how amazingly authentic everyone is.


Their authenticity provides for a diversity like no other. With everyone being who they are and bringing their best to work, the folks at John C. Lincoln North Mountain Hospital are able to create an environment where each person’s talents are able to shine.


I couldn’t help but wonder what the world would be like if were all empowered to shine.


Ask yourself who you really are and who you’ve been pretending to be.


Seek ways to be more you at work, at home and in your community.


Find information, and ideas that will feed your spirit and your personal mission.


Give your best in everything you do.


Avoid negativity and cling to what is positive.


Be you, be real, be the light


Bertice Berry, PhD.
Order A Year too Wellness and SHINE 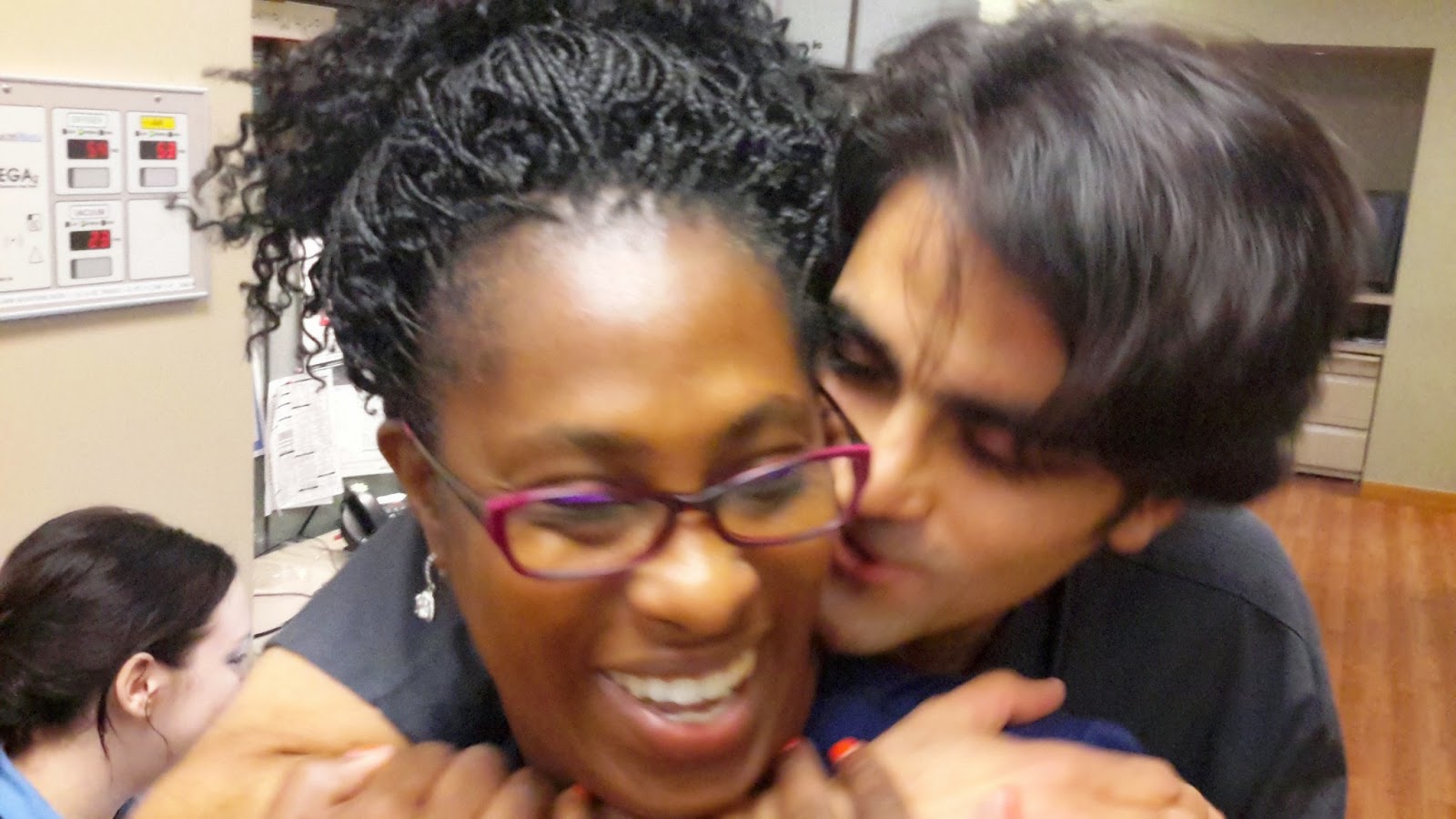 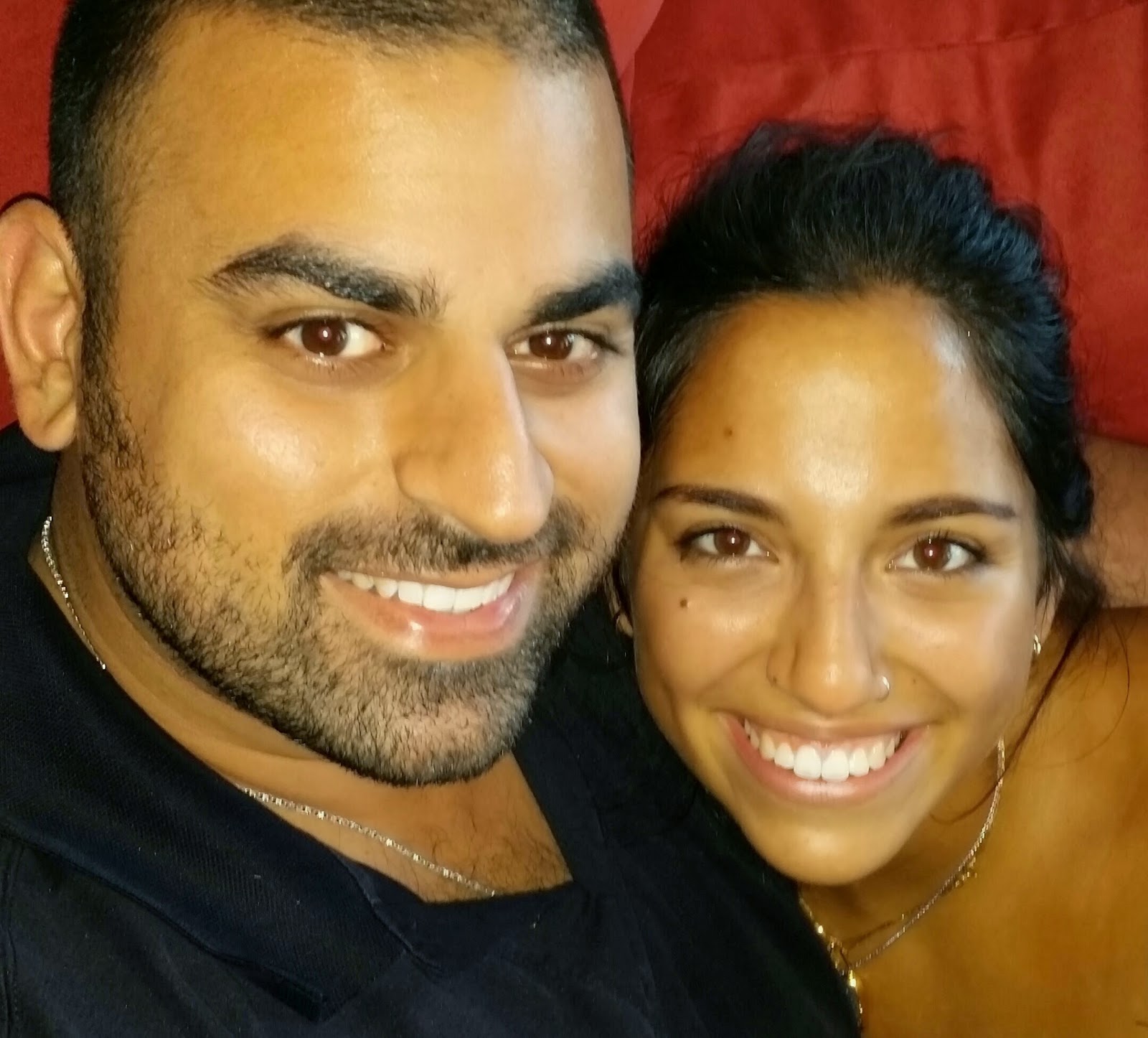 
About a month ago, I was working with a team of amazing people. We were discussing value sets and the probability of any two people having the same set.


Let’s just say that it would be easier to be struck by lightning while being mauled by a grizzly bear on your vacation in Tahiti while you won the lottery.


We all laughed and marveled at the fact that life could be so rich.


A few days later, I was at a women’s leadership conference. After I had given a speech, a young woman came up and said that she wanted to discuss a project that she was working on.


I took one look at her and thought of my “nephew” Rob. In my mind’s eye, I could see the two together.


Suddenly, I was a yenta. Now there are two descriptions of the word yenta, probably more. Yenta is a Yiddish word that refers to a busybody; a gossip but in some cases, as in mine, she’s a matchmaker.


I pulled out a picture of Rob and showed it to the young woman and her mother who was also there. “He has soulful eyes,” Cecilia, the mother said.


We both smiled and nodded as if we were twice our age.


In that moment though I realized that I was the age of the women of old who could look at someone and see a good match.


I gave Camille Rob’s number and then let him know that I had. 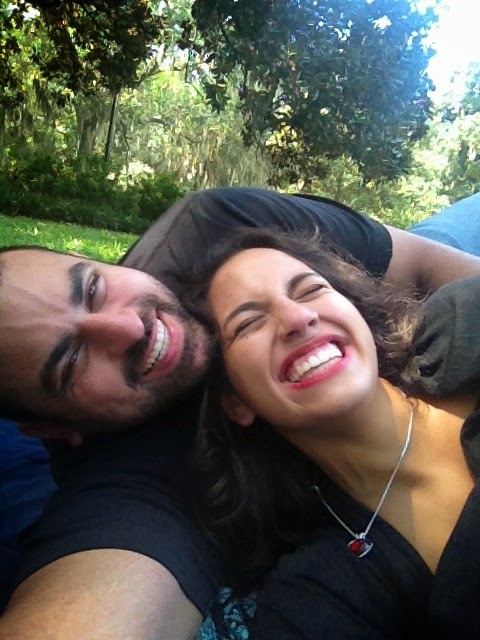 Long story short, they are a couple, and a really good one at that.


But here’s the thing, what if we were so busy paying attention to life, love and the yearnings of our loved ones that we never had time to worry, complain or feel lonely ourselves.


What if our observations gave joy to others and our words were the music we all need.


I’m waxing poetic, or maybe it’s just wax, but all I know is the love between Rob and Camille is rare, hard to find and beautiful.


Be you, be well, be the love others need.

Order A year to Wellness and Be The Love You Need