What You Really Need 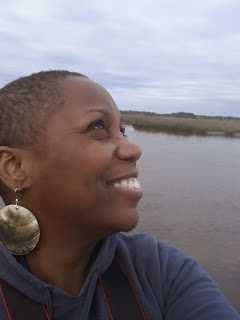 What I Have Now

Every year, between my birthday and Thanksgiving, I make the time to organize and assess all that I have accumulated throughout the previous year.

I reorganize closets and bookcases, shelves and cabinets. I go through my phone and email to organize and reconnect with folks I’ve neglected and need to say, “Thanks” to.

I rearrange furniture to maximize its use and I wash pots and pans and blankets and linens that have been stuffed in a closet somewhere. I organize jewelry and marvel at things that I felt I had to have, but haven’t yet worn.

Every year, I am amazed at the feeling of satisfaction that comes with each new discovery. I am always warmed by the gifts I’ve received and the letters of gratitude that have come my way.

A feeling of satisfaction; an awareness that I have enough comes over me and I am full.

Christmas goes by without a need to binge shop, because I know that I have enough and am enough.
I’d like to believe that I’m getting better at this every year; that with each assessment of what I have,
I become more aware of what I no longer need.

This year, I was able to see another aspect of this awareness. As I cleaned and organized, I was able to move nebulizers, unused medications, canes and surgical boots.

You really don’t miss the water until the well runs dry. So I’m asking you to pay attention to the water, the wellness, the life and stuff you already possess.

Be grateful for people who love you already. Give thanks to those who call and text and come by to say hi.

Be thankful for your aches and pains, because your body is still well enough to let you know when you need to rest.

Touch the table you dine at and give thanks that it’s still there. Turn on a light and actually think of the folks who do the work and for the work you’ve done to pay the bill.

Give thanks and know that if you are reading this, you are loved.

Be you, be well, be thankful.

Click here to Order my new book ,Walking With Purpose Colliding With Destiny.
I'll be so grateful that you did.
Posted by Bertice Berry, PhD. at 4:30 AM 2 comments:

A Call for Helpers 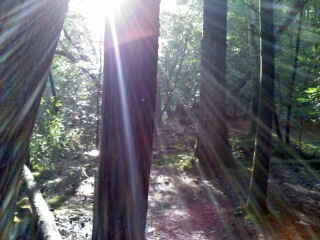 This past week, I’ve had more than one reason to call for prayer.

It happens when I've seen something in the world that leaves me speechless, so I will wake up my children wherever they are and ask that they pray with me. I’m usually too stunned or sad to lead the prayer myself, so one of them will have to do it.

After the attacks in Paris, and I called for prayer, my daughter reminded me of a quote from Fred Rogers. Mr. Rogers, as he’s known to children of all ages, said,

“When I was a boy and I would see scary things in the news, my mother would say to me, ‘Look for the helpers.’ You will always find people who are helping.”

So I’m calling for helpers; those who are willing to do whatever they can from wherever they can.

I need you to send out love. Light a candle, say a prayer and most importantly, send out love. Take a moment in every hour to sit silently in peace. Meditate on love. Think of the helpers; the ones who raise the energy so high that the story moves from one of pain, to one of love.

In times like this, we often feel that we need to be angry, but I am learning that what we really need is more love.

When you increase your wellness, you eradicate the sickness before it even happens. I’m imploring you to do the same for the world.

Send out love.
Be you, be well, be love.
Bertice Berry, PhD.

Order my new book, When You Walk With Purpose, You Collide With Destiny

Why Are You Playing Small? 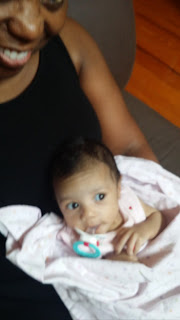 Sometimes when I am not feeling my normal me, I talk to myself. I don’t do it in my own voice, because I know that’s just me, I do it in the voice of Nelson Mandela. (If you think I’m crazy, you should meet my children.)

By the time I get to the shrinking part, I feel my help coming.

Too often, we feel the need to be less of who we are and are meant to be. We don’t want to offend or think too highly of ourselves.

We’ve all been told that we are not, “all that.”

I’m telling you that you are. You are beautiful and amazing. You are a light and were meant to shine as children do.

When my granddaughter is carried into a room, she doesn’t have to do anything. Everyone wants to hold her, to touch her fingers and toes and to just be near her. We all know that she truly is a bundle of joy.

I feel that it’s my job to make sure she always feels that way.

I know that life will tell her that she shouldn’t think she’s cute or smart or terrific but I hope that I’ll be near whenever it does.

At that point I will do my best Nelson Mandela impersonation and remind her that, “She was born to make manifest the glory of God that is within.”

Stop playing small. Stop shrinking so others may shine. The world needs every light, when you shine, you give others permission to do the same.

Be you, be the light, SHINE!
Bertice Berry, PhD.

Order My New Book Walking With Purpose Colliding With Destiny

Be Where You Belong

Last week, when I wrote about belonging and feeling worthy, my friend Nic commented that he knows that he belongs when he is comfortable. In other words, Nic is comfortable in an environment where he  belongs.

On the surface, this seems too simplistic, but I should tell you a few things about Nic; he is always himself. Nic is a solid young man with strong ideas and values and he lives what he values and believes. Nic is authentically, authentic.

I believe that because he has learned to be himself, he has a very strong indicator of where he belongs. This is not to say that he does not feel discomfort; he does, and in those moments he checks himself; “Am I doing what I set out to do; is this in line with who I am?” Then he looks at the room, “Is there where I belong?”

As I reflected on Nic’s comment I realized how profoundly useful this thinking is. I looked over my own life and times of discomfort and realized that in practically every point of life changing discomfort and decision making, I was being asked to compromise my authenticity and my values. I was not where I needed to be; I did not belong.

Many years ago, I hosted a nationally syndicated TV show. At the end of the first season, I was given a “choice.” I could cut my dreadlocks off and do salacious topics, and have the show renewed or not and have the show canceled.

I was also told that if I did make the changes, I would receive a signing bonus of a million dollars. This was in the nineties when a million was still a million. I was caring for my family and working hard, so I did not take this decision lightly. Still, I was terribly uncomfortable.

My reason for doing television was for the purpose of uplifting and informing people. I had been hired with the promise that I could be myself and do just that, but then I was told to do and be the opposite.

I thought hard and long and the more my thoughts drifted away from my values, the more uncomfortable I was. Ultimately, I decided to be where I belonged.

The show was canceled, in spite of high ratings and growth.

We spend our lives trying to figure how to get folks to like us, when we don’t fully know or like ourselves. (By the way, it is also true that people who love themselves don’t have a hard time liking others.)

Spend less time trying to belong and more time knowing where to belong.

Spend less time trying to fit something that doesn’t fit you and more time being where you belong.

As my young friend Nic points out, when you belong, you will be comfortable.

Order the new book, Walking With Purpose Colliding With Destiny TODAY
Posted by Bertice Berry, PhD. at 3:39 AM No comments: