The Evil That Men and Women Do 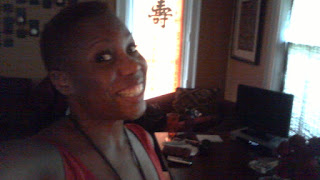 When I was still a kid and in Ms. Denton’s English class learning to recite Shakespeare in the iambic pentameter it was meant to have, my mind would get stuck on the lines of Anthony’s burial speech in The Play Julius Caesar.


Friends, Romans, Countrymen, lend me your ears;
I come to bury Caesar, not to praise him.
The evil that men do, live after them.
The good is oft interred with their bones
So let it be with Caesar.
A lot of what I came to think and feel about others came from Ms. Denton’s English class. From Macbeth, I came to see that even a murderer could be looked upon differently when you knew enough about their background and from Caesar; I decided that I must find any way possible to see the good that others do even when we are told not to.
In our society though, we are fed a daily dose of the wrongs of others. So much so, that even when someone redeems themselves, we want to bring up the wrongs.
The good if oft interred with their bones. So let it be with Caesar.
After this line, Anthony says, “He was my friend, faithful and just.” How many times have we heard someone say, “That’s my friend but…”
Yesterday, I was moved by an experience that was the opposite. The North Carolina Public Health Association had gathered at a conference in New Bern (which by the by is very difficult to get to.) The folks from North Carolina GlaxoSmithKline Foundation, held a luncheon and honored some of the association members for the good and innovative work they were doing in their community.
There were programs designed to make sure that poor kids had dental check-ups and one that taught girls who were trying to run from abuse, rape and neglect, to run for sport and esteem and pure joy. One woman’s bio read like a real-life super woman. She’d personally computerized social service programs that did not have the know-how or funds to do so.
After a duo of do-gooders found out the amount of money that came with their prize, they immediately did the math and found that 150 pregnant women who could not afford pre-natal care were now going to be able to get it.
I left for the airport with tears in my eyes and love swelling my heart. I knew that these folks from all over the state of North Carolina would not make the evening news; not even in that small town. But their good would live after them.