Day 176 of Your Year to Wellness; Reborn to Live 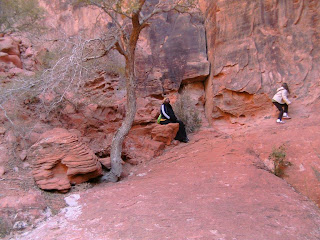 
Yesterday, as I stood in line to board what would be an extremely crowed plane, I saw him. I had read about him and seen him portrayed in movies, but I’d never been close enough to nod my head in support and sympathy.


In front of me, boarding the plane before everyone else was that soldier who escorts the remains of a fallen comrade. I watched as he placed the hat on the empty seat next to him and felt the tears stream down my face. I felt for the mother, the father, for the family and friends who had lost someone dear to them and I cried for that escort who nodded back to me.


As others boarded the plane, I knew they were not aware of the importance of our flight. They complained about people who moved too slowly and the lack of space in the overhead compartments. An irate family yelled at the flight attendant and gate agent telling them that their luggage had better make it to the plane. The woman demanded that a car seat be rented for her. The gate agent calmly explained that they had two choices; they could either take their seat on the plane that was already delayed or they could deplane and wait for their luggage and the next flight. The man said that he would take his seat, but if his things did not arrive with him, there would be trouble.


I wondered how they would have responded if they had known about the hat in the seat and then I remembered that I could only work on me. The man in the seat next to me showed me pictures of his nephew born just that day and of his wife and kids and then it happened.


Just before the plane landed, the pilot made the announcement asking everyone to remain seated until the escort had left the plane.


Everything went silent, and while the engines still roared, I could not hear them. The soldier made his way to the front door and everyone applauded, but the door was not yet open, so he stood there bravely fighting the tears that had formed in the corner of his eyes. His face flushed but his chest and sholdiers were squared and strong. The silence was amazingly beautiful and I hoped that the living realized that things like time and space only mattered when they were occupied with love.


After we all got off the plane, everyone stood at the window and silently watched as the remains of fallen soldier started the trip to its final resting place, for that soldier; his spirit was long gone, leaving only his remains to remind us that we should live.


I called my brother Kevin, the 32 year Marine and I told him I loved him and was grateful for him.
I’m in Cleveland for a graduation of adults at the University of Phoenix; folks who somehow realized that if you ain’t dead, you ain’t done. So they went back to school to do what they had longed to do and they made it happen. Like the spirit of the fallen soldier, the Phoenix rises from the ashes and is reborn.
Today, I am reborn and I am reminded to live.


What can you do with the life that is left? What goal can you reach? What dream can be fulfilled?


Dream, reach, strive, laugh, breathe, love; stop complaining, worrying and fretting, waiting. Don’t waste another moment to do what you set out to do. LIVE.