Day 164 of Your Year to Wellness; How Your See Yourself 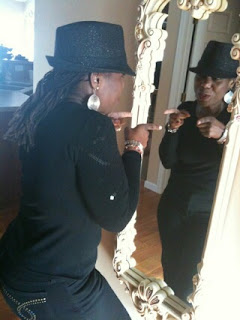 ﻿
Reflection Judgment
Most of the people I know have a tendency to be very hard on their self. We all want to be better, so we focus in on what we believe is wrong, bad or too big and seek to rid our self of our self. But while we are in the process of undoing the bad, we inadvertently let go of a lot that is good.
If I were to rid myself of all of the hardships of my past, I would not be the woman I am today. And if I were to rid myself of the features I did not like in the past, I would not be beautiful now. We don’t truly see ourselves as we are; we see ourselves the way we think others see us. This sociological concept is called the Looking Glass Self. You may already see where I’m going; if you are surrounded by people who are less than encouraging, you will come to believe that you are what they think and say about you.


There were times in my life when I lacked the proper role models; people who would give me encouragement. During those times I used books as my
mirror. I’d lose myself in the images and ideas of writers like Octavia Butler and Alice Walker. Their strong beautiful characters became my strength as well. As I began to see myself in a better light, I saw others in a better light also. The people I had perceived as my ugly tormentors became tortured themselves and instead of giving off anger, I was able to surround them with love.


Now, I hope you are ready for this because I am going to lay it on you; research shows that when we look at others with disdain we will eventually turn those feelings on to our own self.


Fat people have become Hollywood’s new scapegoat for all that is wrong and ugly in our world. They are depicted as lazy, ugly, stupid, greedy and any other bad idea you can come up with. This is often blatant, but it’s the covert treatment that really gets into your subconscious, making you believe the worse about them and ultimately yourself as well.


Scapegoating our troubles onto fat people does not make anyone better; in fact it makes us all feel worse. When you try to be better by putting someone else down, you will eventually feel down as well.


I know it took me a while to get here and that’s my point; your thinking didn’t happen overnight; it’s been happening every night. So let’s start making a change today.


Today, look at others and really see their beauty. See the things in them that you’d like to see in yourself and feel the difference.


Be you, Be well, See Beautiful
Bertice Berry, PhD.
Order the book A Year to Wellness and start your journey today