Day 104 of Your Year to Wellness; And All Was Restored 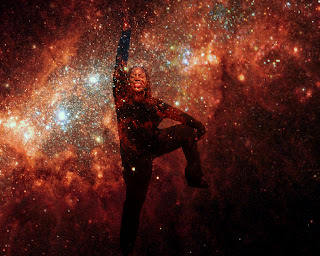 Forgiving our Friends
I’m not a Bible scholar and I’ve never played one on TV, but I love to delve into the meaning of the Bible stories I’ve heard many times; stories that seem to have been misrepresented. One of those stories is the story of Job.
I grew up hearing about Job’s ability to suffer and endure. The presenting preacher would whoop, holler and moan about Job’s hardships and how he went from the loss of his property to the loss of his children. The storyteller always earned a laugh from the audience when he talked about Job’s nagging wife, wondering why she didn’t die too. Even as a kid that didn’t sit too well with me.
As I got older, I grew tired of hearing about the hardships of Job and his ability to stand during this epic bet between God and Satan. So I looked at the story again and I got the nugget that I needed. At the end of the passage, in Job 42:10, Job prayed for his friends and then everything he lost was restored and he had twice what he had before.
We tend to fixate on the suffering; missing the entire meaning of the story. This happens in film as much as it does in life. But this is an incredibly powerful story. Job’s friends meant well but some were a tad jealous of all he’d had and must have felt a little superior when he had his fall.
We all have friends who see us doing well and don’t like it but the more important question is, are you that friend.
When your neighbor has a new car, do you get a little envious? When a friend is doing well do you wonder, why not me? Envy and jealousy affects the person who feels it and the person they feel it for.
When Job prayed for and forgave the friends, he released himself from the feeling of despair and dismay brought on by their jealousy.
We all have a tendency to say, “Oh that’s okay, all is well,” even when it isn’t.
Today, forgive those who harbor resentment. There is no need to tell the other that you have forgiven them. This will simply open a can of snakes. Just forgive and allow you to be restored.
Learn to be genuinely happy for those who are doing well.
I went to South Africa once during their winter there. We were taking a trip into the mountains and I was told that I would need a coat. I bought one and found that what was cold for South Africans was not for an African once removed so I figured that I would leave the coat for someone who didn’t have one. We had made a stop to a small market place and I saw several women selling their wares. None of them had a coat. I decided to give the coat to a woman who appeared much older than the rest. I bowed my head in respect to the elder and quietly asked if she would like my coat. My whisper must have echoed through those mountains because within seconds the other women were dancing and singing.
They all rushed over and I began to shake my head telling them that I didn’t have any more coats. They laughed at me and I knew that I was the outsider.
“We are grateful that you have given our sister a coat.” They told me laughing. Then they said something that moved my heart as much now as it did then.
“When my sister do well, I do well.”
I had several other experiences like that one while in South Africa and through each of them I learned the concept of Ubuntu; that I am because we are.
We are all connected. When we harbor jealousy for one another we harm ourselves. And when we are harmed by the jealousy or anger of another and fail to release it, we sit in a jail that is no longer guarded.
In contrast when we rejoice for the joys of another we send a message to the Universe; when one does well, we all do.
Today, forgive your friends and make sure you forgive yourself as well.
Then rejoice and all will be renewed.
BE you, be well, Be Restored
Bertice Berry, PhD.
Order the book A Year to Wellness and start your journey today
Posted by Bertice Berry, PhD. at 3:22 AM