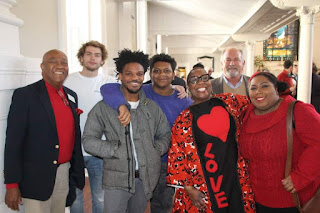 I’ve been giving a great deal of thought about collective fear and anxiety. More and more lately, folks are forming tribal alliances based on their fears.

The best defense lies not in keeping the so-called wrong people out, but in building confidence, purpose, love and kindness for the folks who are in whatever office group, family, neighborhood, city and country that you are in.

So, what is fear and what are we afraid of?

Fear is defined as an unpleasant emotion that has been caused by a belief  that someone or something is dangerous and likely to cause pain and harm. Anxiety is a feeling of worry, a nervousness or unease about something we perceive to be imminent, having an uncertain outcome. (Oxford)

What we perceive to be real often becomes real in its consequences.

My first after-college job was at a shelter for victims of domestic violence and rape. My second job was as a researcher with the Victim’s Assistance Agency in Jacksonville, Florida.

We served to assess and find ways to best serve people who were victims of crime. This was difficult and often depressing work. Each day I heard accounts of the horrors that victims had experienced, and I sought pathways and resources for healing.

One of my tasks was to help design a city-wide survey that would get a better perspective of the problems victims faced. To start, I created a high level open-ended city-wide questionnaire that would allow us to know what we should be measuring before we even began to measure it.

Several observations became more and more apparent. When I asked people what they feared in regards to crime, the list was long and intense. When I asked the level of fear, the response was great and again rather intense. But then when I asked about the number of times that thing had actually happened, I found something amazing; people who had not experienced the thing had a great deal of fear around it.

Moreover, while they feared some of everything, they knew absolutely nothing about the resources and solutions that were available if something ever occurred.
Folks had been buying smoke alarms but had no plan for getting out of a burning house. 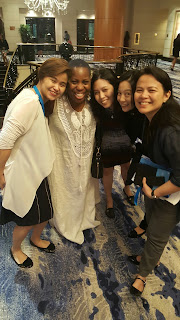 In contrast, many of those who had experienced the crime intentionally sought and found ways to live without the fear of it happening again. They had surrounded themselves with love, determination and purpose. They participated in activities that made them feel secure in their own being and they intentionally sought out a healthy community that was not grounded in fear.
But those who had not experienced a crime were busy collecting data to prove that their fears were well founded.

We have all been marketed and fed a daily diet of so much fear that we’ve become afraid of things that we have not and for the most part, will not experience. Don’t get me wrong, a healthy does of fear keeps us out of danger. However, when we believe that our locks need a lock for their locks we become prisoners in our own lives.

Our anxiety and more specifically, our collective anxiety is extremely high. We are afraid of our neighbors and the "others"; those folks we do not know. Instead of getting to know our neighbor, we collect data on how dangerous our neighbor is and seek ways to keep them out of our fortress. But I need my neighbors. I need them to expand my own perspective.

Instead of addressing out faulty thinking; our theoretical perspective, we go out and collect opinions, observations and poorly organized data to support our feelings and predetermined outcomes.
This is dangerous on so many levels.

This week try to step out of your fear and anxiety.

·       Take a higher view of the thing that is causing you to worry. What and who are you listening to?

·       Be honest with yourself about your part in the problem you see. If you can’t see that you play a part, you won’t see that you have power to change the present and create a better future.

We have the power to change the world around us, but first, we have to start with our own self.

Be you, be well, be purposefully fearless.